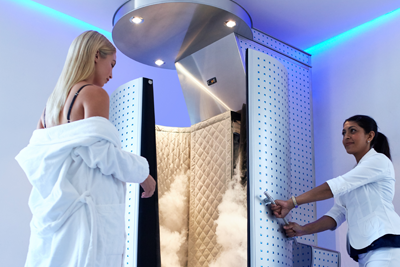 Cryotherapy is a pretty old practice dating back to ancient Egypt. It’s grown from using ice packs and wraps to having cold chambers big enough for you to sit in.

Not only is cryotherapy proven beneficial to your health, it’s inexpensive and readily available. The Chapman Health Group in Leesburg has one of the best cryotherapy chambers. So if you suffer from migraines, skin issues, nerve irritation, arthritis, or a mood disorder, you can benefit from cryotherapy.

The most widely experienced benefit of cryotherapy is pain relief due to numbing irritated nerves. Ice packs are a tried and true method. This has led to experimentation with other ways cold can make pain stop, including migraines and arthritis.

Another study found that whole-body cryotherapy significantly reduced pain in people with arthritis. They found that the treatment was well-tolerated. It also allowed for more aggressive physiotherapy and occupational therapy as a result.

Cryotherapy has also been shown to help people mentally. Cold temperatures can cause physiological hormonal responses. Since hormones regulate mood, the boosted release of endorphins has a positive effect on your mood. This study found that whole-body cryotherapy was actually effective in short-term treatment for anxiety and depression.

We’ve combined traditional patient-centered care with cutting-edge technology, leaving you feeling welcomed, cared for and confident you’re in the right place. We’d love for you to experience the physical and mental benefits of cryotherapy.

Why Us
Your First Visit
Meet The Doctor